Lisbon is a lively city with many attractions and built on seven hills. It is the capital of Portugal and distributed in different districts each with their own charm. You traverse the city by hop-on hop-off bus, the tuk-tuk or on foot.

Bairro Alto is one of the most picturesque areas of the city and still has many original details. Its architecture, traditional shops, restaurants, bars and modern clothing stores give the area a unique atmosphere. Chiado is the connection between Baixa and Bairro Alto. For lovers of the nightlife this is a popular meeting place. Another attraction is the Mercado da Ribeira on Avenida 24 de Julho for lunch or dinner.

Baixa has three beautiful squares, Praça do Comércio, Rossio and Restauraodes. A striking building is the Santa Justa elevator built in Gothic Revival style. This is used to connect the Baixa and Bairro Alto with each other. After the earthquake in 1755, the center was rebuilt completely and now consists of orderly streets and pretty squares. East of Baixa is the Castle of São Jorge and the Santa Maria Maior Cathedral.

Alfama is an old working-class neighbourhood in Lisbon, and the heart of the fado. In the Pantheon you visit the tomb of Amália Rodrigues, Portugal's first fado singer and the famous flea market next to the Pantheon. This part of town has withstood the earthquake and has the original structure of the city. You wander through the narrow streets and greeting the locals who sit in front of their home. The laundry hanging over the balconies next to the twittering of birds in the bird cages which the people of Alfama adores.

In this suburb, beautiful sites such as the Jeronimos Monastery. Belém Tower served on the bank as an observation post to keep the port against enemy ships. The tower is then converted into a prison and included on World Heritage List of UNESCO. A little further is the 52 meter high monument Padrão dos Descobrimentos. At the top of the monument there is Henry the Navigator, known as the leader of the Portuguese Discoveries and later buried in the monastery in Batalha. At the House Pastel de Nata you taste the best ‘Pastel de nata’. A Portuguese delicacy made from puff pastry and filled with egg cream, sugar and cinnamon.

Your stay at Casa Ceedina you book here. 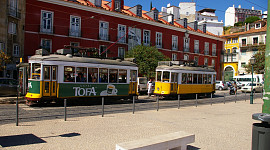 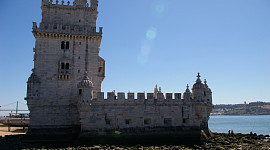 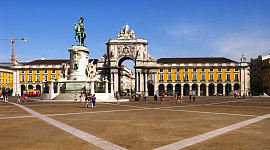 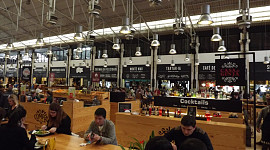 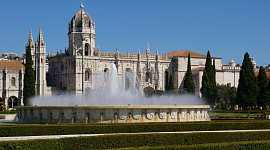